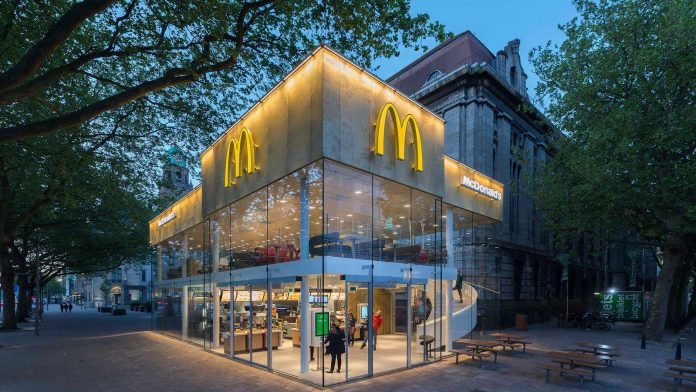 After three years of research and development to bring a vegan alternative to British and Irish customers, McDonald’s UK and Ireland chief marketing officer Michelle Graham-Clare said: “We’re so pleased to be finally launching McPlant in the UK and Ireland.”

The McPlant has been co-developed with US-based alternative meat brand Beyond Meat and vegan cheese based on pea protein to match the taste of the chain’s regular cheese slices, as well as a new vegan sauce.

At £3.49, the McPlant will be trialled in 10 restaurants in Coventry from September 29 and a further 250 outlets from October 13, with the aim of rolling it out nationwide next year.

It’s made up of a vegan sesame bun, mustard, ketchup, vegan sauce, onion, pickles, lettuce, tomato and vegan cheese, and will be cooked separately from other McDonald’s burgers and sandwiches using dedicated utensils.
The UK and Ireland version of the McPlant, which was revealed globally last year, is fully accredited as vegan by the Vegetarian Society.

Cheeseburgers Cut From McDonald’s Happy Meals Menu in the US