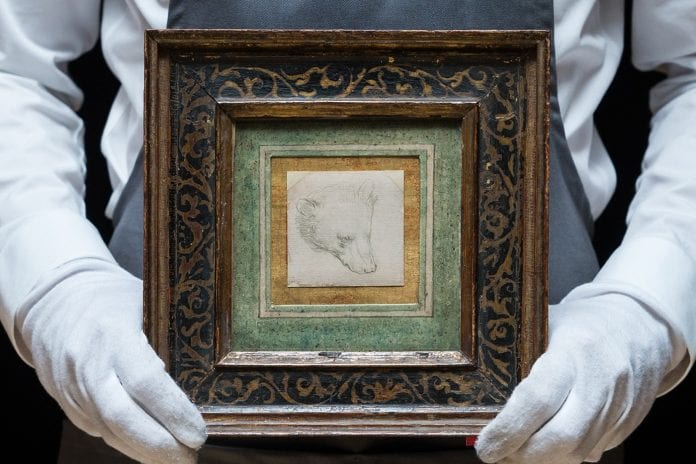 The Italian painter, engineer, scientist, theorist, sculptor and architect that is Leonardo da Vinci has often been hailed as having one of the most brilliant minds in history. That’s why when Christie’s London announced the sale of one of his drawings art collectors around the world took note.

Having said this, even amongst art collectors the kind of money required to purchase one of his works is extraordinarily high, not to mention that this is one of the last pieces of his that will ever make it to market. Specifically, ‘Head of a Bear’ is only a small drawing but despite its size experts were predicting an eight-figure price tag.

In the end, it sold for a record £8.9 million, securing the predicted eight-figure sum (in dollars of course – $12.2 million.) The silverpoint drawing clocks in at only two-and-three-quarters inches square and is believed to be part of a series of animal studies da Vinci produced in the 1480s. The piece is adorning pink-beige prepared paper and was privately acquired in 2008, only made possible thanks to a London dealer named Johnny van Haeften.

You can see it above.