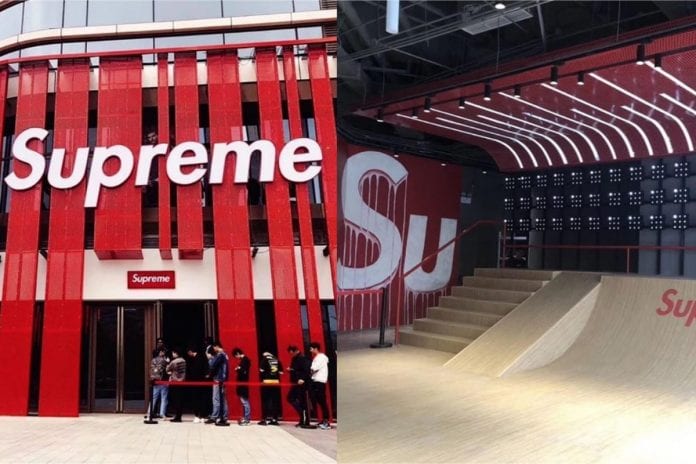 The founders of Supreme Italia have received jail time and a hefty fine, after being found guilty of fraud. Michele di Pierro (53) and his son Marcello (24) had been claiming various copywrites from the brand, since around 2015 and had even opened a ‘flagship’ store in Shanghai in 2019. Last year, Supreme were able to get the Shanghai store closed down; after securing their trademark in China.

Just this past week, Bloomberg reported that a London court had found the Supreme Italia founders guilty of fraud sentencing them to 8 and 3 years in jail, respectively. The pair were also ordered to pay 7.5 million pounds (approximately $10.36 million) to the real Supreme.

Following the guilty verdict, Judge Martin Beddoe said, Michele and Michele “hijacked every facet of the company’s identity and plagiarized it…. The brazenness of the offending is as remarkable as the dishonesty.”

An arrest warrant has been filed for the di Pierro’s as they were not present at the trial. It is also unknown whether Supreme will receive their owed funds as the pairs London Firm currently has £300 in its reserves. Nevertheless, this is undoubtedly a huge victory for the brand and will hopefully see the end of the counterfeiters.

How To Cop The FW21 Supreme X Clarks Collection