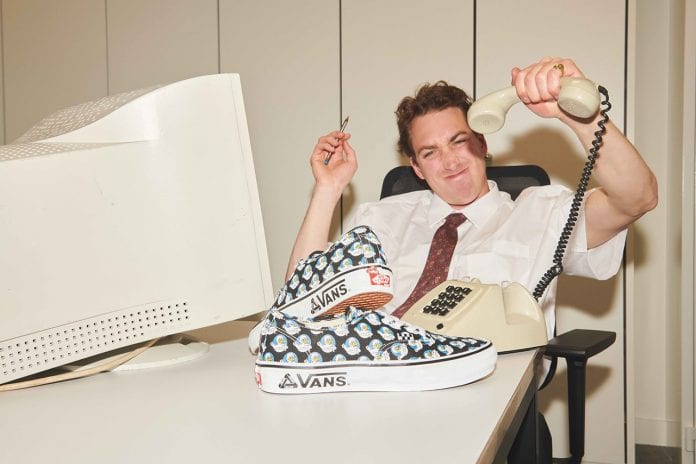 To follow up on their recent collaborations, the London-based skate brand that is Palace are releasing yet another unexpected collab. Although it’s unexpected, Palace x Vans makes perfect sense given both of the companies’ history of providing skatewear.

For their first team-up, the London-California duo are providing not only footwear but apparel too. Specifically, the collection features three colourways of the Authentic silhouette as well as two colourways of a longsleeve tee.

Orchestrated by Jeremy the duck, the collab unsurprisingly focuses its attention on a duck graphic. The Authentic model comes in black, salmon and white, and boasts an all-over print that depicts a duck with its thumb up. The pair are then rounded off with “Vans” branding on the midsole placed to the right of Palace’s Tri-Ferg.

As for the tees, they are instead available in salmon or black and features the same duck popping its head out from Vans’ classic skateboard logo. The sleeves are then dressed with the same dual branding that is found on the shoes.

Take a look at the Palace x Vans collaboration below. if you like what you see then you’re in luck as the capsule is releasing via Palace’s online and physical stores on the second of July. Japan will see a later release of the 3rd.