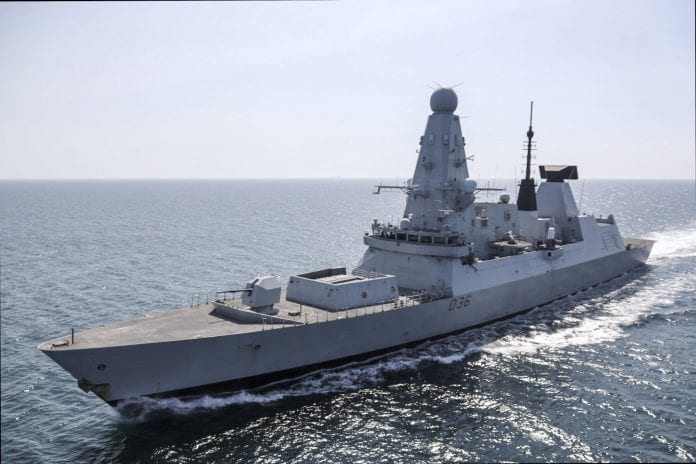 It appears that friction between the Russian and British military is ramping up, most recently due to the fact that the Russian navy and airforce supposedly fired warning shots at a British warship. Now, although that’s what is said to have happened, no one is completely sure yet. To be honest, the only thing people know for certain is that the ship involved is the HMS Defender, the fifth of the Type 45 battleship.

The reason that nobody is too sure what happened is down to the fact that statements from the Russian and British military don’t add up. Specifically, Moscow’s defence ministry said that HMS Defender entered Russian territorial waters near Crimea, consequently causing a patrol ship to fire warning shots, with a jet also dropping bombs in its path.

Whether warning shots were fired or not, it appears that international relations between the two superpowers aren’t great. The reason for believing this is that a BBC correspondent onboard the warship could confirm that the ship had been harassed by the Russian military. This was later backed up when aircraft could be heard overhead as the BBC’s defence correspondent, Jonathan Beale, filed a report from the deck of the ship. He described hostile warnings over the radio as the navy crew prepared for a possible confrontation.

As for where the warning shot speculation came from, apparently, Russia had given pre-warning to the UK that it was carrying out gunnery exercises in the Black Sea near to where HMS Defender was sailing. Maybe this is what confused people who heard the shots?

British Defence Secretary, Ben Wallace, stated that the HMS Defender was carrying out a “routine transit” when it entered the internationally recognised traffic corridor, while the Russian Defence Ministry said the “dangerous actions” of the destroyer were a “gross violation” of the UN Convention’s sea laws.

The British Ambassador has now been summoned to the Russian Foreign Ministry. Hopefully they can resolve the issue.