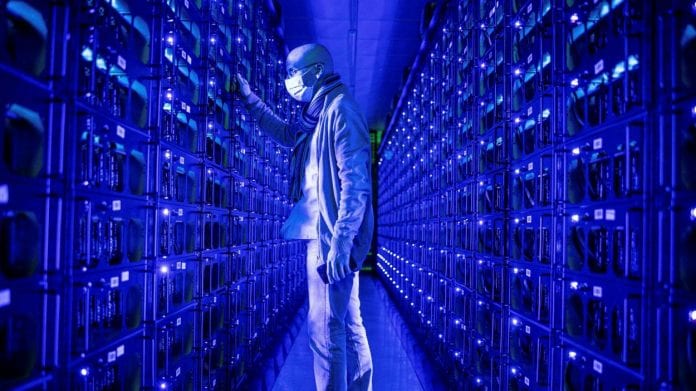 In the week that the government has asked the Bank of England to take a look at the idea of creating a digital currency for the UK – dubbed ‘Britcoin’ – we thought we’d share news of the impact of Bitcoin on carbon emissions….

Bitcoin was created in 2009 to bypass the traditional banking system in the wake of the anger felt at the sector in 2008 and its soaring value – up 700% in a year – is impressive and great if you are a buyer, but environmentalists see a different side to the story.

The fact is that the ‘blockchain’ technology which cryptocurrencies use relies on state-of-the-art computers working at top speeds 24x7x365 to solve the complex equations required to verify transactions. This so-called ‘cryptomining’ makes use of the currency massively energy-intensive.

Researchers from Cambridge University recently estimated that mining bitcoin already uses more electricity than Argentina. They have warned that by 2024 – so in less than 3 years – bitcoin mining in China alone will be responsible for 130 million metric tonnes of carbon emissions.

Many Wall Street players and other institutions ranging from Tesla to payments processors like Visa have expressed a desire to allow their clients to invest or accept payments using bitcoin.

Britcoin is in very early stages and no actual decision has been made on whether to introduce a ‘Central Bank Digitial Currency’ (CBDC) in the UK. But CBDCs have been on the Bank of England’s radar for a while and the topic of lots of high-level discussions.

Technically, although CBDCs may be inspired by cryptocurrencies, in reality, they are very different. For one thing, CBDCs will be controlled by central banks – the complete opposite to cryptocurrencies, which are decentralised and not backed by any central authority at all, instead by a network of users.

Still – the environmental impact is a cost that needs to be factored into any decision.