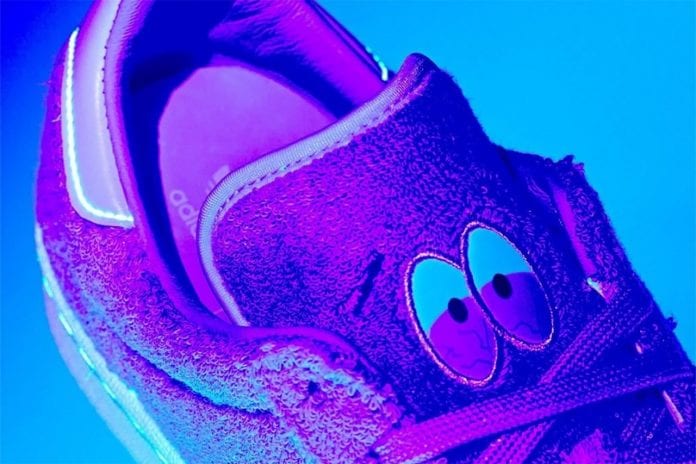 The German sportswear conglomerate that is adidas has just revealed their plans for 4/20. As you would expect, the offering they have been working on is related to the international tree-smoking day, and who better to front the design than South Park‘s Towelie.

As for what to expect, adidas’ Campus 80 is the sneaker that’s being revamped, with its texture and colour both matching that of the stoner towel. Specifically, the uppers have been constructed from a “Chalk Purple” terrycloth fabric, across which lies adidas’ three stripes in white leather.

The shoe also does away with the traditional branding found on the tongue, instead, it sports Towelie’s recognisably red eyes. Rounding off the pair are white heels, reflective details, and tongue-in-cheek messages on the inside tongue. The left reads “Don’t forget to bring a towel” while the right opts for “I have no idea what’s going on.”

Take a look at the adidas x Towelie sneakers below. If you like what you see then head over to adidas’ online store on the 20th of April, 2021.