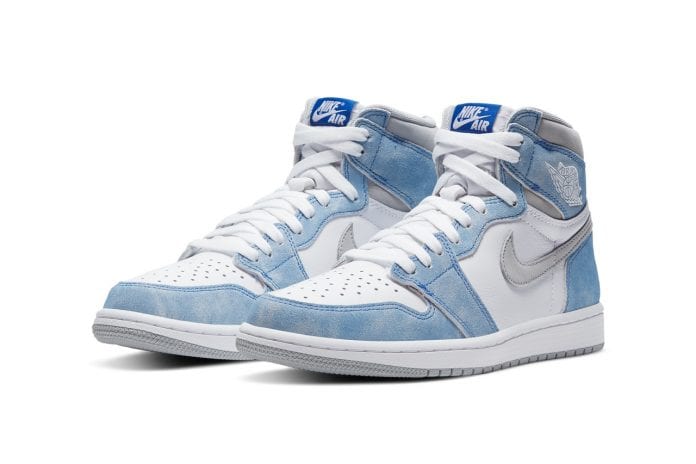 To kick off 2021, Nike and the Jordan Brand have revamped – yes you guessed it – the Air Jordan 1. The latest colourway titled the “Hyper Royal” arrives with a summery aesthetic, something which seems odd given we are currently in the coldest time of year.

The vivid AJ1 released in 2018 but is inspired by one of Michael Jordan‘s first signature sneakers. Specifically, the official imagery of the upcoming pair show-off the sneaker’s notable blue suede overlays. These suede overlays have been treated in such a way that some lighter patches can be seen, mimicking a sort of cloudy blue sky.

Contrasting this blue are the clean white quarters and toeboxes. Additionally, expect the same white to adorn the laces and the base of the tongue. On top of the latter sits a navy “NIKE” label while the Swoosh and collar round the pair off in a simple grey.

Take a look at the Nike Air Jordan 1 “Hyper Royal” below. If you like what you see then sit tight as the pair is reportedly dropping on the 17th of April via Nike SNKRS.