The Rabbit Society
Home Life & Art Will Fashion Ever be Sustainable? 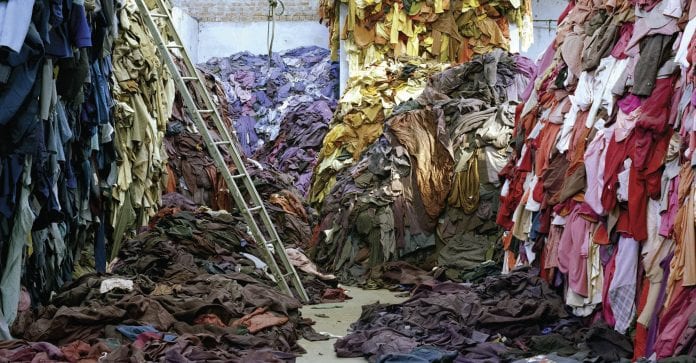 Fashion is one of the most polluting industries in the world. But a small town in Italy called Prato has built its fortune on transforming old scraps into new clothes, particularly knitwear and wool. Prato is a major city in the Tuscany region of central Italy and throughout the ages, Prato’s major source of economy has been based on the textile industry – If you’ve bought a shirt or blanket in Italy in the last century and a half, odds are the fabric came from Prato.

The fact is, most of our clothes – some say as much as 99% – don’t get recycled but get burned and end up in dumps in a landfill. We all know that this is not sustainable, so the question is, what if those clothes could be saved and used to make something else? That’s exactly the question that Prato has cracked. The hundreds of firms in the town – traditionally all specialising in one process like spinning, weaving or designing – have come together and now claim to re-cycle 15% of all the clothes in the world.

Clothes that previously would have been dumped are torn apart, washed and then the materials reused to make new clothes with minimum waste. Here’s how it works. You donate, they arrive at Prato, separated by colour and material, carbonised to remove impurities, washed, shredded, cleaned and dried. The final result is the new raw material – fine, fluffy material that fashion brands buy to make new clothes. Simples.

Fashion Revolution Italia says “we have an immediate impact on the environment and animal welfare because you reduce the stress to put on the animals to get the wool with almost complete elimination of dyes.”

The culture in Prato is maybe the kind of culture we need across the entire fashion industry, one based on collaborations that are local but have a global impact.