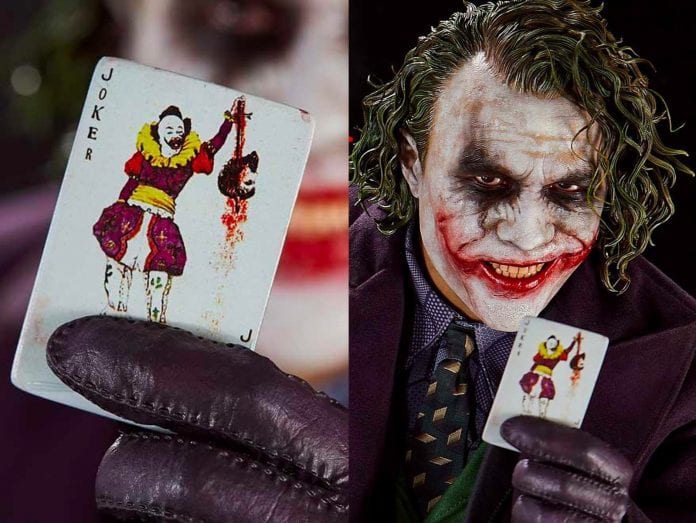 Heath Ledger’s Joker is often seen as not only the best version of the infamous Batman villain, but the best performance of any character in cinema. That’s why it’s not surprising that the Clown Prince of Crime is being captured in all of his evilness thanks to Prime1Studio and Blitzway.

As for what to expect, as a part of the Museum Masterline Series, the ridiculously realistic model comes in at 1/3 scale. It depicts Heath Ledger‘s Joker standing on a bunch of items that double up as references from the 2008 film. Specifically, we see empty gas-canisters, money ready to be burned, police tape as well as a clown mask from the movie’s opening scene.

When it comes to the Joker himself, expect adjustable eyes, life-like hair, and hyper-realistic teeth. Not only this, but nine pieces within the figure come with moveable functionality. Prime1Studio themselves said that they wanted their buyers to “recall the memories and emotions that we all have felt while watching the movie. The Joker’s suit has been crafted and tailored to perfection with real fabric, making this the best Heath Ledger Joker in 1/3 scale on the market!”

Take a look at the Prime1Studio x Blitzway The Dark Knight “The Joker” figure below. If you like what you see then head over to Prime1Studio to pre-order the piece for yourself.