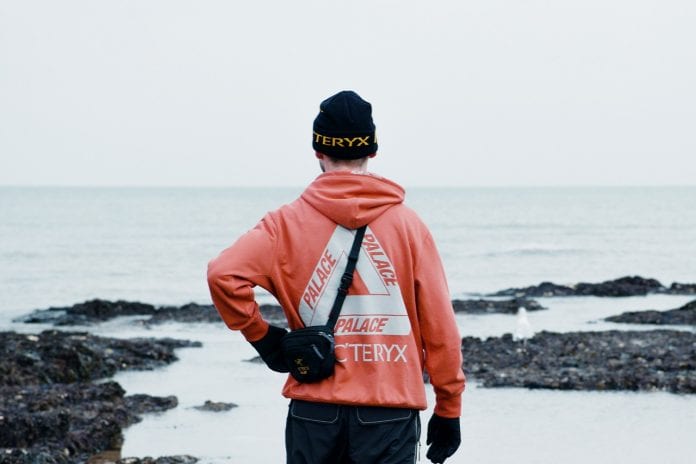 After their collaborations with CÎROC and Moschino gathered a lot of attention, London’s very own Palace Skateboards has returned with another team-up. As for what the two have been working on, it seems that Palace and Arc’teryx are focusing on functionality rather than aesthetics.

Specifically, as a part of the Canadian brand’s first-ever fashion collaboration, the duo is offering up goods that are all designed to excel in the outdoors. Fusing skate and climb culture, the two brands have adorned GORE-TEX hardshell pieces and insulated jackets with dual branding and colour-blocking.

The choice of branding consistently features Palace’s Tri-Ferg logo, making its way to T-shirts and hoodies in a range of colours. Alternatively, the caps, bags, jackets and bucket-hats all turn to text-based branding instead. Rounding off the collection are sleek black technical trousers that land with gold branding on the thigh.

Take a look at the Palace x Arc’teryx FW20 droplist below. If you like what you see then you’re in luck as the offerings are set to drop via Palace’s online and physical stores on the 11th of December at 11:00 am GMT. Japan will see a later release of the 12th while China will receive it on the 19th at Arc’teryx stores in Shanghai, Beijing, and Chengdu, as well as via the Arc’teryx WeChat.

PALACE ARC'TERYX from PALACE on Vimeo.

Palace Skateboards 25/06/21: The Skate Brand Turns up the Colour