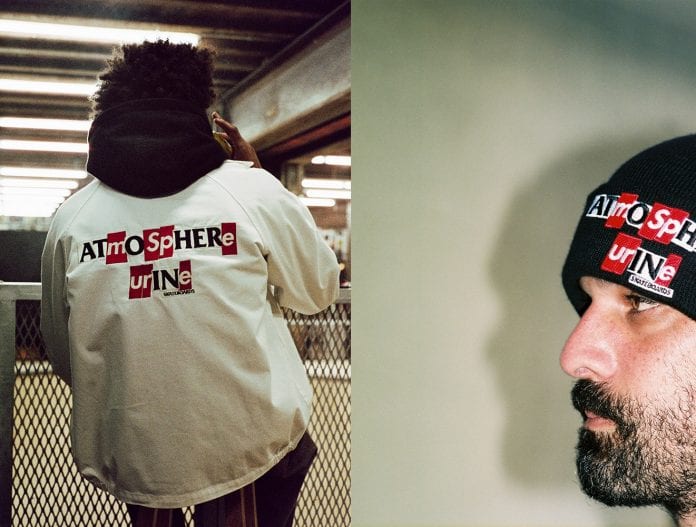 New York City’s very own skateboarding lifestyle brand, Supreme, has just revealed what to expect from this week’s drop. Interestingly, the recently purchased Supreme is set to be offering up yet another collab, this time with none other than ANTIHERO.

The two skate-focused brands have put their heads together to produce a collaborative collection that consists of six different pieces. Specifically, for Fall 2020 Supreme and ANTIHERO have put their efforts into creating not only a twill jacket, hooded sweatshirt and two t-shirts, but also accessories such as beanies and skateboards.

Out of the two graphic t-shirts, the most notable features an edited image of the moment Michael Jackson held his son, Prince, over a balcony in Berlin. Elsewhere in the collection, we see the phrase “ATMOSPHERE URINE” plastered across hoodies, jackets and beanies. This text is constructed from mixing the letters from both Supreme and ANTIHERO’s branding.

Take a look at the whole Supreme x ANTIHERO Fall 2020 droplist below. If you like what you see then head over to Supreme’s online store on the 27th of November. Japan will see a later release of the 28th.