The Rabbit Society
Home Fashion & Shoes Is There Going to Be a Dior X Nike Air Max 95... 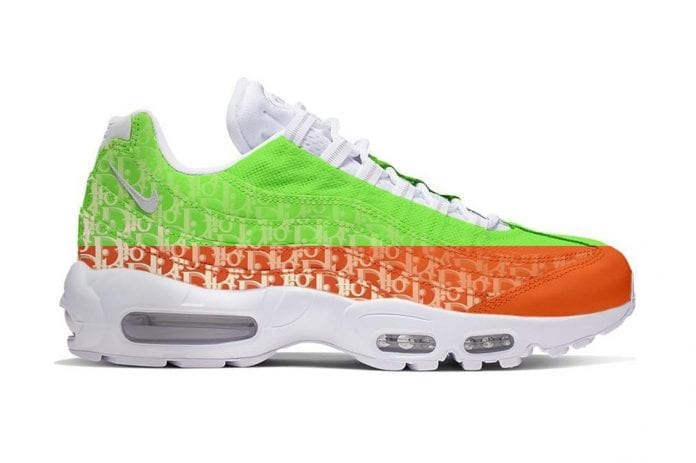 With Jordan Brand‘s Air Dior collection becoming one of the most highly sought-after sneaker collabs in recent times, it’s no surprise that Nike might be wanting to get in on more of the action.

As for what makes us say that, it appears that rumours are circulating online regarding the idea of a Nike Air Max 95 x Dior collaboration. The whispers come along with a few concept images, both of which utilise the same kind of branding that made its way onto the Air Jordan 1.

Specifically, the sneakers’ uppers boast the repeated Dior branding, while Nike’s Swoosh can still be found at the rear. As for colours, the first pair arrives in a bright orange, while the second turns to an as vivid green. Given that there’s really no subtle option, the less flashy sneakerheads are hoping that a signature Dior grey colourway will release as well.

Take a look at the mockups below, including our own grey iteration. If you like what you see then sit tight as the pair are rumoured for a June 2021 release. You may want to sign up to our newsletter, that way we can let you know more specifics as soon as possible.