The Rabbit Society
Home Music The Notorious B.I.G. Has Been Inducted Into Rock and Roll Hall of... 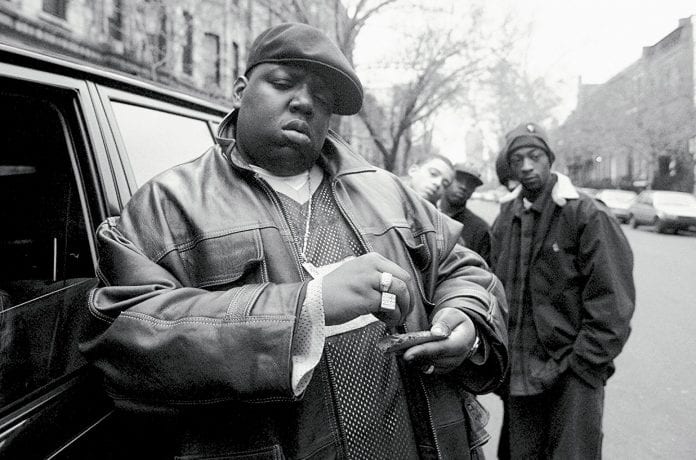 After decades of being considered one of the true moguls of rap, the Notorious B.I.G. has finally been inducted into the Rock and Roll Hall of Fame.

The new 2020 addition was accepted by the late rapper’s children C.J. and T’yanna Wallace. As we all know, Biggie tragically passed away in 1997, when T’yanna was just three. When accepting the award she said: “Even though I didn’t get to know him the way that I wanted, through his fans and our family, I was able to see with my own eyes that his music transcended the hip-hop industry. He was able to not just become the king of New York, but the king of the culture.”

As you can imagine, it’s quite rare for a rapper to be inducted. In fact, Biggie is one of only seven hip-hop artists to be inducted into the Rock and Roll Hall of Fame, the others being Grandmaster Flash and the Furious Five, Run-D.M.C., Beastie Boys, Public Enemy, N.W.A. and Tupac Shakur. Interestingly, he and Pac are the only solo rappers to be inducted.

Biggie’s son then added, “Christopher George Latore Wallace, a.k.a. The Notorious B.I.G., a.k.a. Biggie Smalls, a.k.a. Frank White, a.k.a. The King of New York. Our father was one of the founding fathers of hip-hop. He helped revolutionize what was a young art form for the Black community and the world. I’m honoured to share his name and his dedication to Black music, creativity, self-expression and Black freedom.”