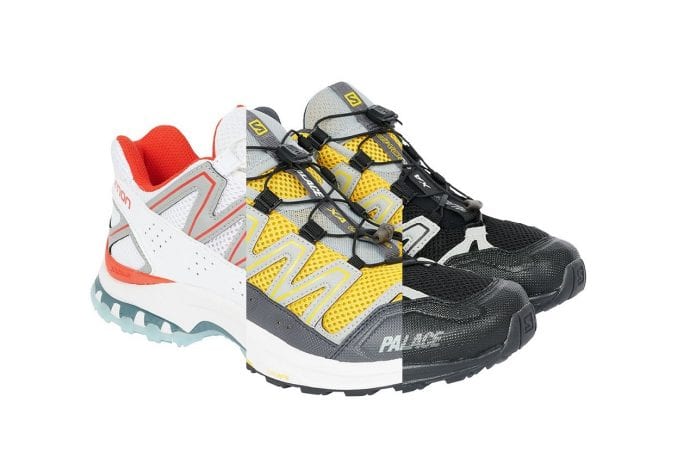 Palace has returned to yet again drop a collaboration with none other than the technical sneaker brand that is Salomon. As for what the two have worked on, for their second project together, they have revamped the XA COMP ADV.

The XA COMP ADV arrives as a functional sneaker that makes the most of Salomon’s proprietary technology. As for what Palace brings to the table, they have adorned the hike-ready shoes in three colourways. Specifically, expect a black, white and yellow pair, each of which boast “PALACE” branding on the lateral side of the toecap.

From here, a traction-heavy sole unit supports the zigzagged upper. This zigzagged upper appears to be constructed from a variety of materials, but most notably features reflective detailing to pack an aesthetic punch. Last but not least, the Salomon logo appears at the heel and on the tongue to round the offering off.

Take a look at the Palace x Salomon XA COMP ADV below. If you like what you see then sit tight as the collection hits Palace’s online store as well as at their flagships this Friday, 28th of August at 11am BST. Japan and China will see a later release, landing on Saturday the 29th of August at 11am JST.