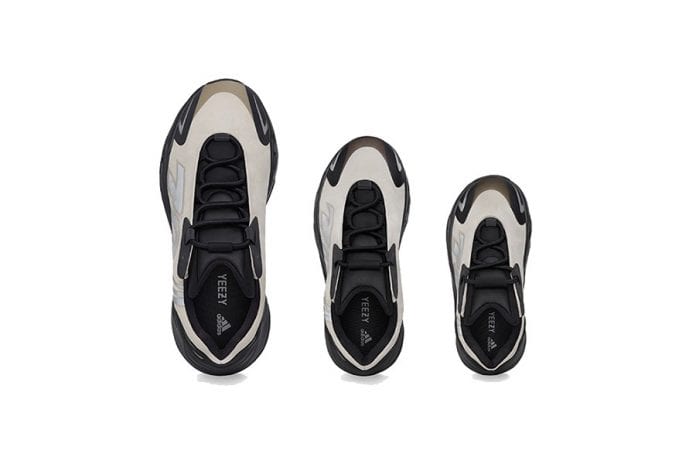 Kanye West‘s YEEZY BOOST 700 MNVN has been received pretty well when we take a look at all of the previously released iterations of the bulky silhouette. However, yet again adidas the Chicago native has teamed with adidas for another couple of colourways, “Phosphor” and “Bone”.

The newest silhouette to come out of West and adidas‘ collaborative library sees the pair adorn the “700” model number confidently across the lateral sides. When it comes to the “Phosphor” and “Bone” iteration, the first uses a vivid neon yellow while the latter utilises a more subtle hue.

These base colours are clearly contrasting, however, when it comes to the upper, both arrive with a synthetic construction and feature the same hi-vis reflective detailing on the heel and forefoot overlays. Last but not least, both the “Phosphor” and “Bone” YEEZY BOOST 700 MNVNs sport thick black midsoles, crafted from adidas’ BOOST cushioning for added comfort.

It is said that the YEEZY BOOST 700 MNVN “Phosphor” and “Bone” will be releasing exclusively in selected cities but will eventually see a global release in full family sizes later. Specifically, the “Phosphor” is set to drop on the 24th of April while the “Bone” will land on the 11th of July, with stockists being adidas’ webstore as well as YEEZY Supply.