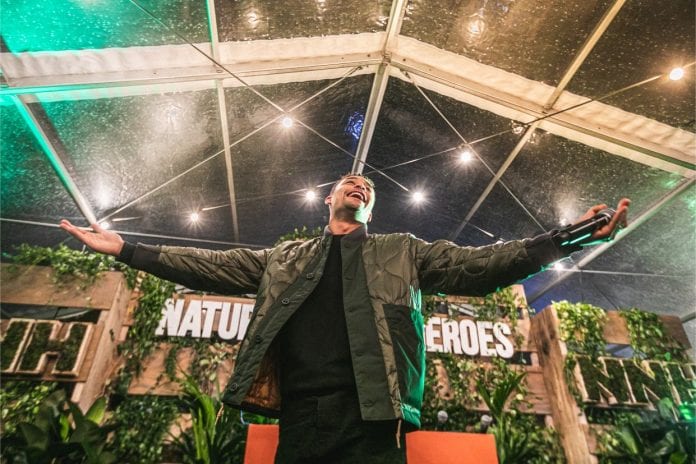 Timberland has been extra busy as of late as three separate ventures have all come together at once, consequently making the month of October 2019 the biggest in the brand’s history in terms of campaigns and projects.

All of this started last night where, on behalf of Timberland and National Park City, south-London born Loyle Carner hosted an exclusive evening in Thornton Heath. Featuring performances from himself as well as a variety of local talent, making the evening one to remember.

However, that’s not what’s important, that arrives in the form of what’s being given back to the community. For example, during the day Thornton Heath Square was taken over by Timberland and London National Park City, making the space one which locals could get a taste of the urban greening development that is taking place. Specifically, workshops were hosted with Urban Growth while local artists, local food and local traders all had their time to shine.

However, it wasn’t a one-day event, in fact, to bring the Nature Needs Heroes campaign to life, the Thornton Heath Square – as well as Thornton Heath’s ‘The Ambassador House’ building – is being more permanently transformed into a green, healthy and wild hub for the community.

As well as this, a partnership will also see The BRIT School, Loyle’s old stomping ground, benefit from a new meditation garden, while it was also announced that a three-month search for 50 London National Park City Rangers has begun, aiming to kick-start even more urban greening projects across the capital.

If all of this is something that you want to support and find out more about then don’t miss MTV UK and Timberland’s upcoming documentary on the topic, presented by Loyle and aimed at spreading awareness of the projects and its benefits. You can expect the two-episode project to drop later this year.