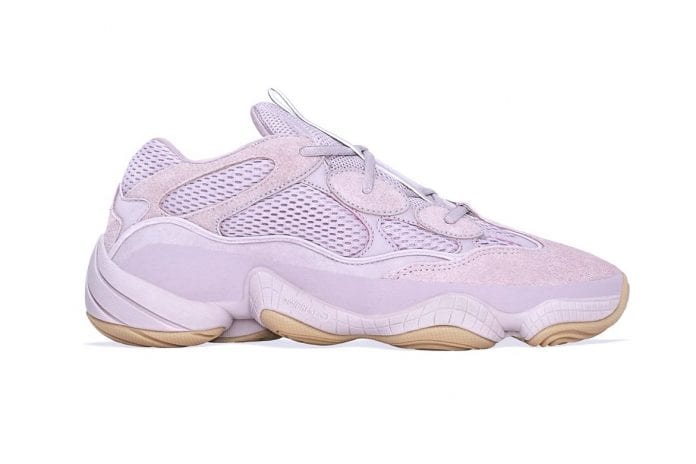 Kanye West promised to provide the world with more YEEZYs than ever, and it looks like he is sticking to his word. In fact, yet again the renowned musician and designer has promised more offerings to be hitting shelves before the end of the year.

The most recent addition to the lineup comes in the form of the adidas’ YEEZY 500, this time with the silhouette being dressed in a new “Soft Vision” colour scheme. Specifically, the pair features the same build but with a faded lilac covering the whole surface area. The only exception to this being the gum midsole that creeps around the sole of the shoe in a recognisable wave-like pattern.

Interestingly, the infamous sneaker-leakers, Yeezy Mafia, have stated that the adidas YEEZY 500 “Soft Vision” is currently scheduled for a November 2 drop. However, if this isn’t your thing then not to worry, you can also expect multiple YEEZY BOOST 350 V2s, the YEEZY 700, as well as the all-new YEEZY BOOST 380 “Alien” to drop before the end of the year.

How to Cop the Palace x Adidas PUIG Collab

How to Cop the adidas YEEZY 500 High “Tyrian”