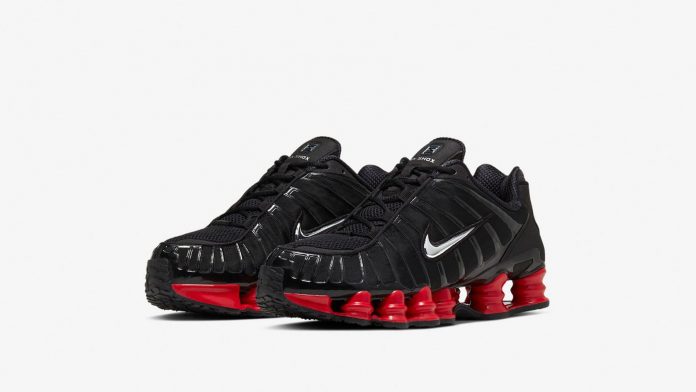 London’s very own Grime pioneer, Skepta, has clearly been hard at work as the BBK figure is gearing up for yet another collaborative release created in conjunction with Nike.

Specifically, the global sportswear conglomerate has officially opened the draw for their latest sneaker which takes the form of a revamped pair of Shox. Interestingly, the Shox silhouette was chosen due to the love Skepta has for the bold build. However, the starkness doesn’t stop there, in fact, the duo then adorned the pair with a bright red midsole as well as a metallic Swoosh that can be found on the lateral sides.

Take a look at the Nike x Skepta Shox below, if you like what you see then head over to END. in order to enter their draw yourself, only if you are picked will you be charged the retail price of £159.