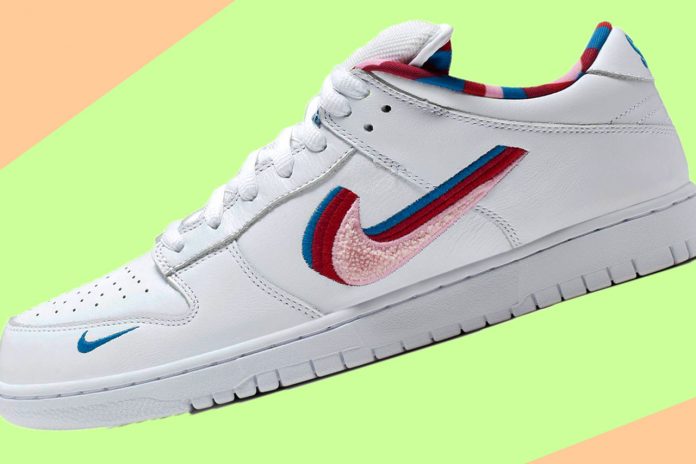 Sneakerheads everywhere were excited when they found that Parra and Nike SB teamed up in order to produce a brand new collaborative Dunk Low, however, the two renowned brands haven’t stopped there. In fact, Parra and Nike’s skate sub-line have also focused their sights on revamping a Blazer Low also.

As for what to expect, the Dutch artist has most notably utilised the iconic Swoosh, with both of the pairs sporting layered logos in a variety of hues on the lateral sides. As well as this, expect the pairs to feature vividly-patterned ankle collar. Last but not least, both of the footwear offerings rock an all-white basecoat that stretches from the upper to the midsole.

Take a look at the Parra x Nike collaboration below, if you like what you see then you’re in luck as the pairs are set to drop via Nike’s SNKRS app on the 27th fo July at 10 a.m. ET.

A Detailed View of the Off-White™ x Air Jordan 4