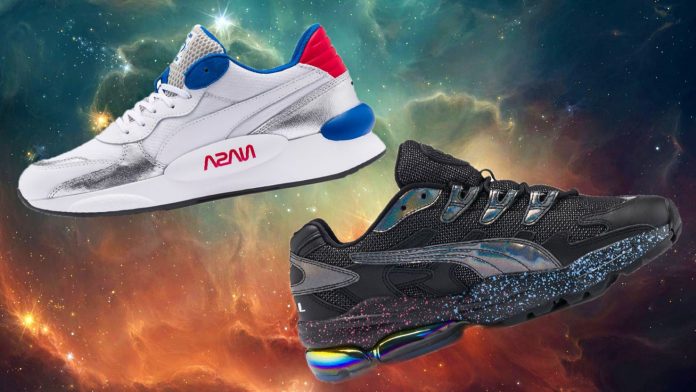 As the world celebrates the 50th anniversary of the iconic moon landing, what better time is there to release a brand new space-inspired pack? Well, there probably isn’t one, hence why the global sportswear conglomerate that is PUMA are doing so.

Specifically, the brand has dropped a brand new selection of revamped sneakers within their new ‘Space Explorer Pack’, all of which have utilised space-related colours and designs. To be precise, the three pairs take the form of the RS-X Space Agency, RS 9.8 Space Agency and the PUMA CELL ALIEN Space Agency.

The RS 9.8 Space Agency arrives with a silver mesh base material, moon-silver overlays and even NASA branding on the midsole. The RS-X, on the other hand, uses moon-silver mesh while red overlays can be found near the toecap instead, this pair also features the iconic NASA branding. Last but not least we have the PUMA CELL ALIEN Space Agency, it sees a black base-colour which features matte black overlays, star-like patterning on the midsole and the same NASA logo we have seen before – but printed on the toe overlay this time.

Take a look at the PUMA ‘Space Explorer Pack’ below, if you like what you see then you’re in luck as you can cop the pairs now via PUMA’s online store as well as ASOS’.