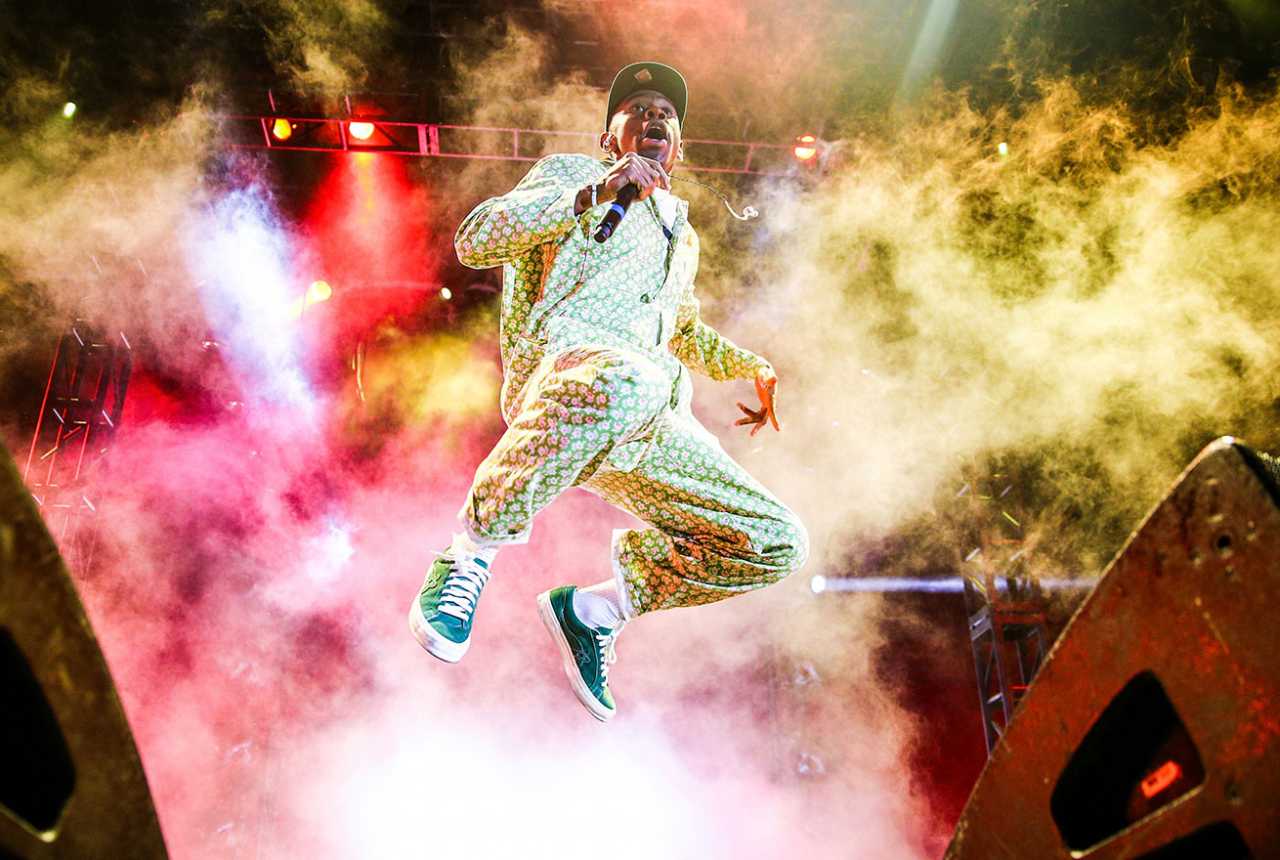 The American fashion and music mogul, Tyler, The Creator, has continued to release a string of tracks over the summer via his YouTube channel and yet again we have another cut to bless our ears with. Specifically, the latest track titled “PUFF” sees Tyler’s  2015 track “Blow My Load” from Cherry Bomb receive an instrumental remix. This came as a surprise to many as most fans expected the artist to at least mention the recent shade Eminem threw at him, however, the only voice we hear on the song is Tyler saying “gap tooth t on the keys” while the second half of the track features some NSFW noises. Take a listen below. ***UPDATE*** Tyler, The Creator then followed up on his release “PUFF” with another cut titled “BUCKET” just hours after, you can also listen to it below.