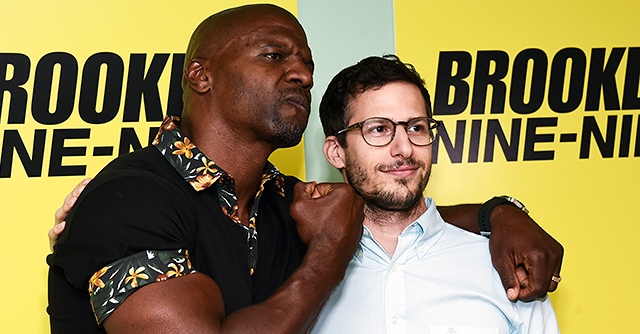 Specifically, Crews testified on Tuesday in Washington to the Senate Judiciary Committee regarding a time he was groped at a party by a powerful Hollywood agent. In response Sen. Dianne Feinstein asked the multi-talented ex-athlete why he didn’t physically fight back considering his impressive muscular build, Crews explained that with the help of his wife, Rebecca, he has learned the benefits of non-violence in America, especially as a black man. Instead the Brooklyn 99 actor is now suing the individual.

The individual being sued is Adam Venit, the longtime head of WME’s motion picture group, who Crews claims groped him at an industry event in 2016. The worst part is that Crews said that he was still having to pay the agency following him speaking out against the man who molested him, stating: “This is the deal. What’s so strange and crazy is that I’m still paying them. I go to work, and I still have to send a check to my molester.”

As for what his coworkers had to say, Andy Samberg, the star of Brooklyn 99, had this to say “We have a cast text chain and we were all texting him how incredible it was,” adding “He’s a miracle. Terry’s the best guy,” finishing with “I am proud to know him.”

Take a look at Crew’s full testimony below, as well as his response to the Senator who questioned him on not physically reacting.

I asked @TerryCrews why he didn’t use his considerable strength to fight back when he was sexually assaulted. His answer is a powerful reminder of how victims are too often forced into silence to avoid damaging their careers or reputations. We need to hear the truth. pic.twitter.com/8xSxnhXj91