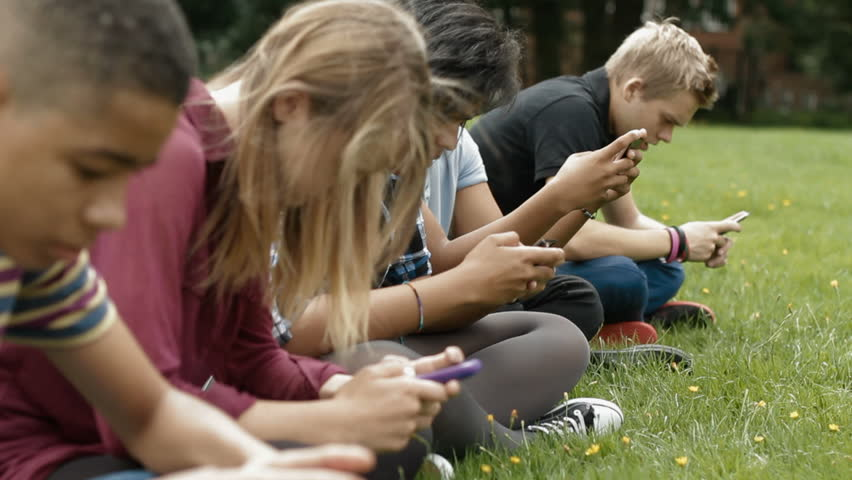 “Researchers at San Diego State University have found that adolescents who spend substantial amounts of time in front of screen devices are distinctly less happy than those who mostly engaged in face-to-face social interactions.”

A team of psychology professors analyzed the data from the Monitoring the Future (MtF) longitudinal study – a nationally representative US survey with information on the screen habits of more than one million US teens and their overall happiness levels – and found that as little as one hour of screen time a day was linked to a decrease of happiness in young people. More specifically the happiest adolescents in the study were those who used digital media for less than one hour a day. Any longer than one hour found that unhappiness levels steadily increased in relation to digital media use. Published in the journal Emotion, the lead author of the paper Jean M. Twenge encourages young people to limit their use of digital media to just two hours a day while also working on spending more time carrying out face-to-face social interactions.

Interestingly Twenge has been keeping an eye on the happiness levels of adolescents since the 1990s and found that a significant number of young people’s life satisfaction dropped in 2012, back when smartphone use first peaked for young people.

“By far the largest change in teens’ lives between 2012 and 2016 was the increase in the amount of time they spent on digital media, and the subsequent decline in in-person social activities and sleep.”

finishing her point with:

“The advent of the smartphone is the most plausible explanation for the sudden decrease in teens’ psychological well-being.”

Tesla Set to Release the Fastest Production Car Ever Made

The iPhone X Is Apple’s Most Breakable Phone