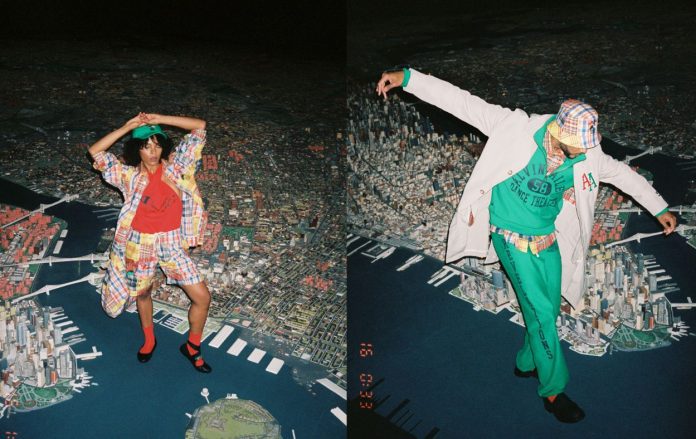 Today sees the release of Champion’s new collection, ‘Champion Tears,’ a collaboration that you may have already realised is created in conjunction with the creative consultant, Tremaine Emory. Tremaine is the man behind Denim Tears, as well as numerous other brands and projects that you likely never recognised he was involved in.

As for what to expect from this collaboration, Tremaine’s input was inspired almost wholly by the Alvin Ailey Dance Theater, one of the greatest black-founded American cultural arts companies of all time. The history and aesthetics of Alvin Ailey Dance Theater lead Emory to make design decisions such as the embroidery on the back of the bomber jackets, choosing to drop the collegiate sweats in green, the green A on red A logo that appears on the nylon coats, and more.

Champion Tears is a collection that was created from the love of movement, history and progress. It’s Tremaine’s way of paying homage to one of the most inspirational black cultural innovators of the 20th century, whose influence continues to inspire dancers and artists in every medium today.

Take a look at ‘Champion Tears’ below. if you like what you see then head over to Champion’s online store to cop your favourites.

Champion Teams Up with Tremaine Emory for New Collection