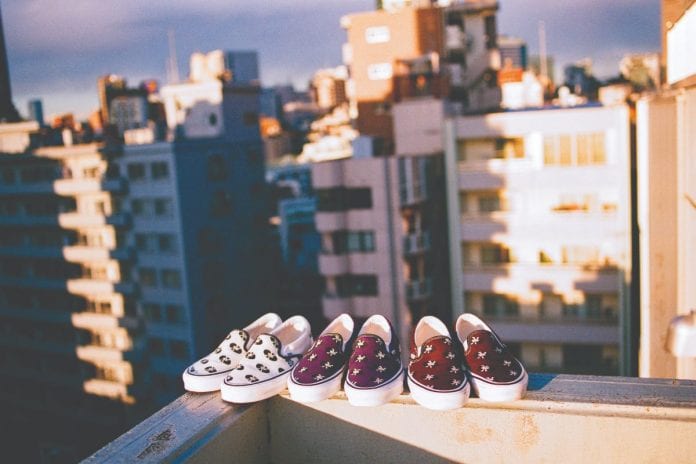 Following up their first collaboration which took place in March, Vault by Vans and Wacko Maria are teaming up once again in order to drop yet another simple yet effective collection.

Wacko Maria, which was founded in 2005 by Tokyo-based creative Atsuhiko Mori, has decided to draw inspiration from film and art when creating these offerings. Consequently, a large majority of the pieces feature all-over vinyl graphics. Additionally, the pieces are often paired with bright garments and fine craftsmanship, something which Wacko Maria are particularly known for.

To be a little more specific, the collection comprises of the OG Slip-On LX, as well as apparel taking the form of the camp collar rayon shirt. The Slip-Ons are available in a trio of colourways, the same goes for the shirts. Having said that the colourways that have been chosen for each are not the same, the shirts land in orange, white and blue while the Slip-Ons are available in brown, purple and white.

The second drop of the Vault by Vans x Wacko Maria collection will be dropping at select Vault by Vans retailers on the 15th of May 15.

Vans Spotlight Their Old Skool Model in ‘Make Your Own Way’

How to Buy the Vans x SpongeBob SquarePants Collab

Vans Look to Take on Crocs With Their Trek Slip-On