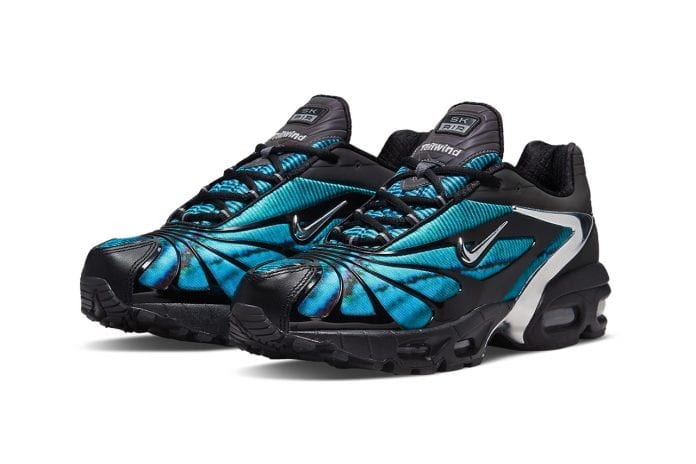 It’s been almost two years since London’s beloved MC, Skepta, teamed with Nike to release a collaborative red Shox TL sneaker. Well, what better way to follow it up than with a revamped Nike Air Max Tailwind V in a “Chrome Blue.”

As for what to expect from the shoe, BBK’s frontman dressed the base layer of the upper in a vibrant blue. To stand out the blue has received a tie-dye-like effect while black overlays span across it like spiderwebs. This black takes over most of the heel, mid and outsole, and finally, the tongues.

For finishing touches, Skepta and Nike opted to contrast this black with a clean chrome that highlights the lateral side moulds as well as the edges of the Swoosh. Last but not least, “Sk AIR” branding can be found on the insoles and tongues, while “MAX AIR” adorns the black heel in a contrasting light-grey.

Take a look at the Skepta x Nike SK Tailwind V below. It will be dropping on the 2nd of April via SNKRS. If you want to stay up to date with more sneaker news then make sure you sign up to our newsletter.